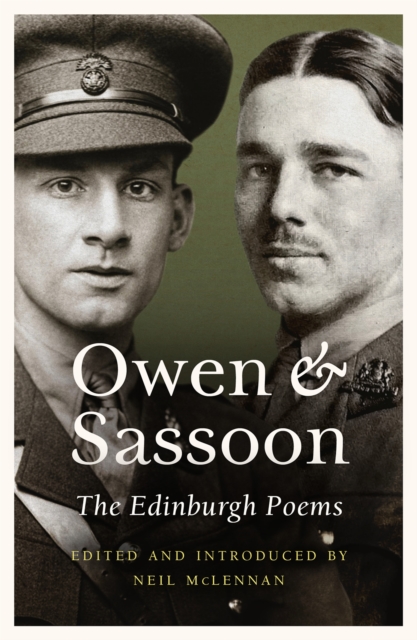 Owen & Sassoon: The Edinburgh Poems, edited by Neil McLennan (ISBN: 9781846976209, paperback). Wilfred Owen and Siegfried Sassoon met while convalescing in Craiglockhart War Hospital in 1917: Owen was first published during this time in Edinburgh, while Sassoon was already well known. Both poets were deeply affected by the war, and both were voices of their generation, leaving a legacy that continues to affect and influence over a century later.