Authors in Schools Mark A Smith

Slugboy Saves the World is a superhero comedy adventure. It's set in Scotland and stars the world's worst superhero. It won a national competition, the Kelpies Prize, and was named one of the top 12 books of the year for children aged 8-12 by the Scottish Book Trust.

Thanks to an unfortunately tasty-looking radioactive garden slug, eleven-year-old Murdo McLeod is now the world's worst superhero. His two powers are pretty unique: the first is sliding up walls (quite slowly). The second is secreting slippery slime from his skin, which is just as disgusting as it sounds, not to mention pretty useless! In a world where superhero competition is fierce, Slugboy doesn't make the grade. No-one wants help fighting bad guys from someone with a horrible habit of (quite literally) messing things up. He's so underrated, in fact, that when an evil mastermind devises a plan to capture all the other superheroes, Slugboy isn't even on his list. Now Slugboy has to use his not-so-super and oh-so-gross abilities to free the other superheroes and save the world. Let's hope he doesn't slip up!

Mark's event is interactive, high energy, with lots of laughs, fun and games, singing and storytelling and much more! The number one aim of his event is to get children excited about reading and inspired to do some writing of their own. 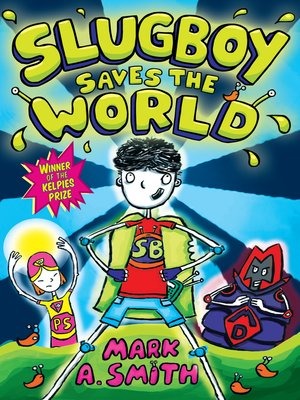